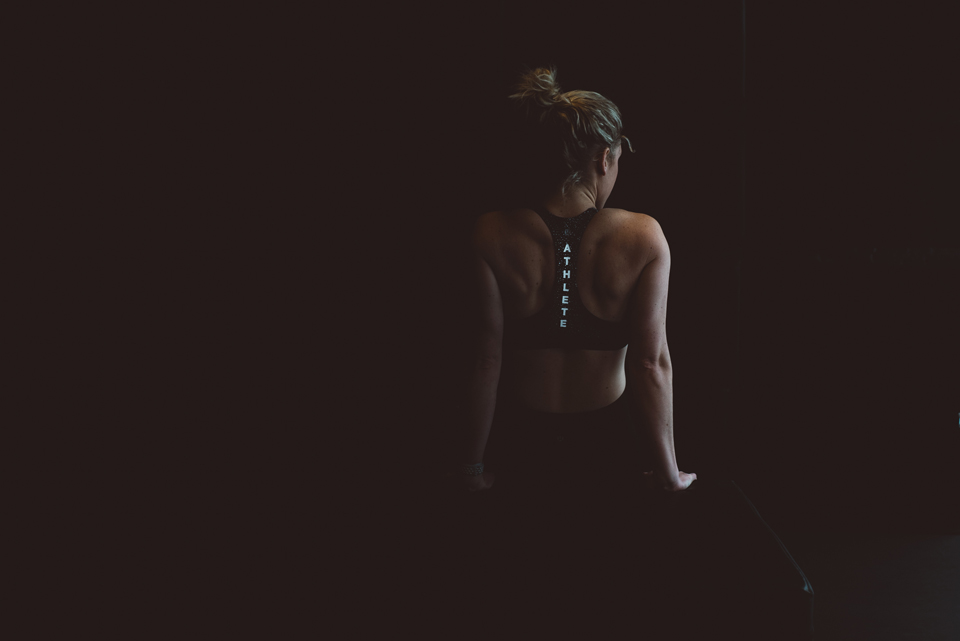 “The secret of life, though, is to fall seven times and to get up eight times.” –The Alchemist

I’ve written about fitness before. Four years ago, almost to the day, I admitted that I loathed my body. That I hated what it looked like, and how I was complacent in my disdain – too afraid to do anything about how I was feeling. It took me a long time to realize that my complacency, and subsequent failure in achieving my “ideal body” wasn’t fear of getting fit, but that in getting fit I’d realize that the hatred I felt towards my body was a symptom of a bigger issue and a deeper fear, the truth of which wouldn’t fully surface until two years later in the summer of 2016. As women it’s easy for us to subconsciously place the solution to all of our problems upon our appearance. As if losing 5 pounds or dropping a pant size or having defined abdominal muscles will magically solve the issues that arise in our personal and interpersonal lives. (Spoiler: They won’t.) And yet we join gyms and diet like crazy and obsess over some number on a scale as if any of these things tell us our worth.

But weight is just a number, and we are more than that. (Just like fat is something we have not something we are.)

After my intense 2014 twelve week fitness transformation, I fell off the proverbial wagon. I still went to the gym (less than regularly), and ate healthily (except not really), and went running (this one is actually true), but I lost the intensity and drive and dedication to fully commit myself to fitness. In part because I was burned out on the macro counting and heavy lifting and early morning fasted cardio, and also because I wanted to revel in my body and not beat it up every single day. My fitness journey started, after all, because I hated myself. I was motivated entirely by an intense desire to punish my body for what it had turned into, but fitness taught me to love what my body could do instead of what it looked like.

I knew I had to leave the gym environment.  I never truly felt like I belonged at any of those I had been to in the twin cities. I started doing Black Fire HIIT workout at home with Bob Harper, and after a few weeks felt more fit than I had been in a long time. Still, I was desperately missing the community of people I found with my gal Joanne at Imago two years earlier. Serendipitously (or because somehow social media knows what we’re thinking which is ridiculous and scary (but also oddly helpful sometimes)) I started seeing Alchemy in my Instagram feed and was intrigued, though it took me months to build up the courage to get in my car and actually go. I didn’t think I was fit enough or cool enough or thin enough to be setting foot inside that gym (which is something I hear from others who want to try Alchemy but are scared or intimidated just like I was), but I knew in my heart that I wanted to be there. I wanted so badly to be a part of the community – the family – that I saw represented online, cheering each other on, lifting each other up, encouraging and supporting one another without the sideways glances or passive-aggressive fitness ability/body judgement that was rampant in every other gym setting I’d ever been in. I swallowed the lump in my throat, signed up, and forced myself to walk through the doors.

That first workout was hard (like holy-shit-what-have-I-gotten-myself-into-I-thought-I-was-in-shape hard), and afterward I felt a pride unlike any I had ever known, despite already having run two 7K’s and a 10k – accomplishments I never for the life of me thought I – a woman who before 2014 couldn’t run more than 2 minutes without having to walk – would get to claim. Lying in final resting pose after my first A10, I felt as though I had, indeed,  fallen down seven times and gotten up eight.

Alchemy has rooted firmly in me the knowledge that I can push myself past my preconceived breaking point and emerge victorious. That I can accomplish whatever I set my mind to; whether it’s one more pull-up, a heavier torpedo, or the courage to navigate the breakdown of the most important relationship of my life, the loss of a best friendship, and a year-long sea of grief and crushing depression. In the year and a half I’ve been a member I witness firsthand, time and time again, that just because I want something and set out to achieve it, doesn’t mean the goal will be reached easily. In fact, I’m more than likely going to have to work harder than I thought in order to arrive at wherever it is I am endeavoring to go. It’s taught me to live the words of Paulo Coelho, “There is only one way to learn. It’s through action. Everything you need to know you have learned through your journey.” Becoming an Alchemy athlete has instilled in me the knowledge that pursuing my legend isn’t simply about how many burpees I can do in a minute or how heavy of a torpedo I can lift, but knowing (both in and out of the gym) that I can embrace fear and uncertainty and self-doubt and push through it, relentlessly and irrevocably emerging stronger and better on the other side. The workouts are always hard (like holy-shit-what-have-I-gotten-myself-into-I-thought-I-was-in-shape hard), and that’s one of the things I love most; Alchemy doesn’t make room for complacency or arrogance. It will always, always, kick your ass and test your mettle, forcing you to prove to yourself, again and again and again, that you have the heart to follow through when the going gets tough.

A lesson that, in October of last year, saved my life.

I’m not writing or sharing this post because I want you to join Alchemy (but you totally should!) or because they asked me or are paying me to share my story (they didn’t and aren’t), but because Alchemy saved my life. Alchemy has given me the courage to keep going, despite anything life (or the workout of the day) throws at me. Getting up that eighth time has been a monumental part of my story this last year and a half, and today the legend I’m pursuing is one of self-love and self-acceptance (because they’re not the same thing, but definitely go hand-in-hand). To know that I’m working toward being and becoming my best self, whatever that looks like, and wherever that journey leads. Because, once again from The Alchemist, “when we love, we always strive to become better than we are. When we strive to become better than we are, everything around us becomes better too.” I don’t want to fear anymore. I don’t want to wallow in shame and depression for one second longer. I want to be the phoenix I have always known I am and rise. Again and again and again, knowing deep down that every time I rise is the eighth time.

And it’s the eighth time that counts.