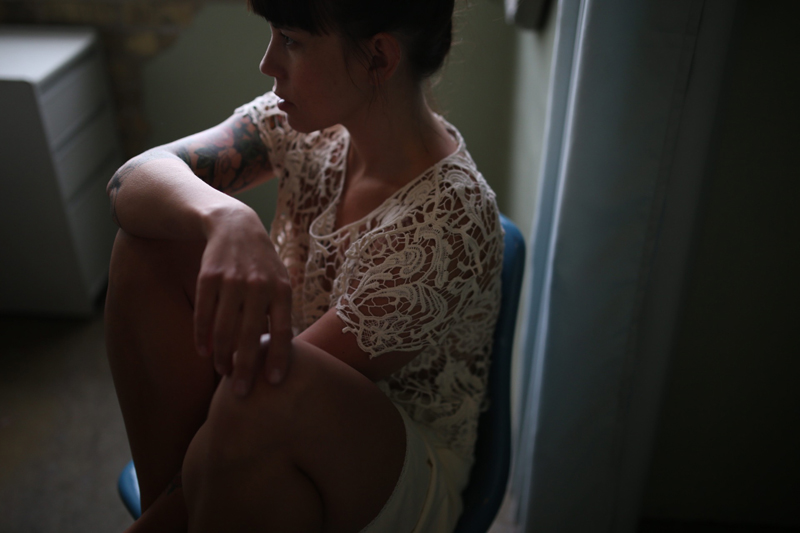 When I was in the seventh grade a girl told me I had ugly feet. I take that back. She announced I had ugly feet, proclaimed it as if it were a common and necessary fact that any and all need know lest they be caught unawares by the awesome terror of my metatarsals.

It was summer, or nearly there, at a friend’s co-ed pool party. The day was winding down and we had just matriculated inside to watch a movie or MTV or whatever was hip in the mid 90’s for kids who had cable, and were all huddled around a tiny color tube television, sprawled together (yet clearly and awkwardly separated by anatomy) on chairs and couches and the hard, cold, Spanish tile floor. Limbs were thrown askew everywhere and blankets were strewn haphazardly about. We were propped up, or together, on pillows – angling our preteen bodies perfectly for both TV viewing and boy ogling (because duh. BOYS!!!). My feet were outstretched and a blonde, beautiful girl looked at me suddenly, gasped, and without hesitation alerted the room to the heinous appearance of my feet. “Holy crap, Athena. your feet are so ugly! How can you even think it’s okay for you to be barefoot?!?! Go put socks on.” Of course, everyone laughed and stared at my feet en masse, so I got up to grab socks from my sleepover bag. “Whatever they’re just feet” I mumbled sort of quietly and one hundred percent passive aggressively under my breath. “Geez.”

When I got back to the party, sock-clad and defeated, the beautiful blonde had taken my now vacated spot next to the cutest boy there. A coincidence I wouldn’t realize until later in life. The only spot left in the room to sit was behind everyone. On the outskirts. Alone.

Where she had been just moments earlier.

The party continued; the room remained swathed in joy and effervescence despite the poison bristling my skin and shame penetrating my bones. A simple joke at my expense — wielded with no intention other than to bring one girl who felt alone and unseen more admiration, attention, inclusion — wrecked me. The comment about my feet would inevitably morph into something so much more destructive. It became a pit of doubt and self loathing and total inadequacy growing ever deeper, wider, and more powerful in my gut.

Over the next two decades an offhand remark would become my Hexxus.

In a singular moment of one girl’s pre-pubescent flippancy I learned to hate myself and to be convinced that no matter how good or kind or wonderful I was, I would never ever ever (no matter what!) be truly enough for someone (anyone!) else. I began to apologize for my appearance and my presence, later I would also beg forgiveness in the quietest and most diminutive ways, for my words and my ideas. I learned how to be – and how to stay – small.

Eventually I got over the comment about my feet and it’s corrosive effect on my self worth (Thanks, THERAPY! And EFFEXOR! And SELF HELP BOOKS! And Everyone Who Has Ever Loved Me (and my feet) Forever And Ever Amen.) Through a lot (I mean LIKE SO MUCH, holy shit) self reflection, and amazing, healthy, trusting adult relationships, both failed and successful, I realized how ridiculous I was being and feeling. Of course my feelings were valid (yours are, too). And of course it took work to get over and under and finally through the pain caused on that fateful night a lifetime ago but the work was wholly worth it.

Now that I’m on the other side of the Great Foot Debacle Of Our Time, I’ve realized some things: We are all going to hurt someone (probably a few someones, actually) in our lifetime. It’s one of the inevitabilities and certainties of life and love and relationships and growth and being alive and fucking things up sometimes and the simple fact that people are inherently different from each other. But here’s the life changing part: It’s okay to forgive yourself for those mistakes (holy shit, right!?!?!) and is actually just as important as forgiving someone else for causing you pain or sorrow or misfortune or anything less than a totally awesome experience. We’re all trying as hard as we can to get through this thing called life – not just the big moments (big hurts and big joys), but the messy or mundane or boring or bitter middle stuff too. We’re learning and changing and growing and doing and by default we’re going to say the wrong things (your feet are so ugly!) or make friends with the wrong people who want the wrong things from us (money! validation! encouragement! therapy!) or let people into or out of our lives at the wrong times (If we’d have met now instead of year ago we’d be besties! F YOU TIMING!!). That’s to be expected. What’s remarkable is that we have control over what we allow to touch, shape, change, or mold us. We can take the hurt and allow it to sow seeds of shame and anger and jealousy or any of the other emotions that we (ALL!) experience that do not serve us, or we can let those bad things go and choose to only hold onto the good stuff instead.

Though much of who I was at the age of twelve is largely unchanged (Hi! I’m AWKWARD! I make jokes when I’m nervous! I’m still the same SIZE!) I have managed to learn a lot since then (Liquor THEN beer! Credit cards are literally the worst! Clean your apartment before you move out! BE NICE TO EVERYONE!!). I’ve learned – largely the hard way (because the easy way is for dummies!) – that although words matter – some of them  just don’t.

Although everyone’s truth is important, no one has the power to make any of us beholden to theirs. We get to decide what matters to each of us. What shapes us. What becomes of us. Though everyone we encounter will touch our lives in some way and we can’t always decide what or when or why, we can almost always define how. Even when, especially when, it’s scary or uncomfortable or bound to change us for the better.

Most importantly, at least for the purpose of this diatribe, in the ten (okay fine 23) years since seventh grade, I’ve learned that like love, empathy does. That it’s a verb not a noun. Having the ability to share the feelings of another person doesn’t have to mean that we literally know what they’re going through, because often there’s no way in hell we are going to be able to grasp that, but rather that we see them as a human who is trying to breathe in and out and take one hard step after another and not fall over and break their face today. The girl at the party? She just wanted to be seen. While I wholeheartedly disapprove of her behavior, I completely understand her emotions and subsequent quick-tempered (irrational!) response. Had any one of us – her friends – turned around to see her sitting on the outskirts of the room, forgotten and alone, we’d have quickly called her into the fold and my feet (and delicate twelve year old soul) would have remained unscathed.

It took me two decades (and also hurting a few really amazing people in ways similar to how the seventh grade beauty hurt me) to realize that it was never about my feet.

(But then, it never really is.)